The Galactic Empire not only needs Tie Fighter pilots, but also a lot of ties for office jocks. Running an empire crossing many stars isn’t easy, it takes a lot of bureaucrats. And what do those paper pushers need? Exactly, suits and ties. Now, you won’t have a Star wars Trading Post on every corner on the Core Systems. You might need to request a tie from your favorite print-on-demand retailer.

Fortunately I’ve got some fine examples of ties in the colors of the Galactic Empire or with the logo of the Emperor itself added. My preferred retailer is Zazzle, with Zazzle you can create your own novelty neck tie. For instance this one in blue, grey and black. 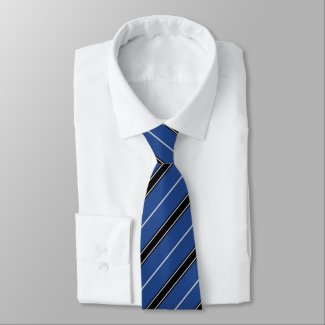 Our benevolent Galactic Empire also has a logo, every dictator needs a geometric intimidating symbol to keep the plebs in line. This neck tie has the Emperors logo cleverly integrated in this military styled pattern.

Getting to the office looking sharp is all about accessorizing. Your Empirical suit with matching blue, grey and black neck tie needs a pair of outstanding cufflinks. This Amazon (affiliate) link will get you cufflinks that will suit even a Grand Moff.

If sales are picking up, then why stop at ties. Zazzle is a great place to create dozens if not hundreds of products. And at Amazon you can buy more than in the entire Hutt empire. It’s all a question of picking the right product for the right audience. But perhaps we should not just focus on a Galactic Empire Tie Fighter, Rebels want to look sharp too.

Where and why did I start supplying the Empire? Well, I got a short explanation here.